News collects all the stories you want to read

From a DJ to Becoming an Event Entrepreneur – Yash Agrawal a.k.a DJ Yash

In a society stereotyped for not being creative, Yashwant Agrawal, a normal student who came to pursue his studies in India, choose to becoming a professional DJ having immense interest in the Bollywood music. Soon, he became one of the top DJs in Vizag performing with various celebrities like RannVijay and venues like The Park, Novotel and many more in India. His passion and growth came forward when he came back to his native land Nepal.

His journey in the field of entertainment brought him close to events and thats when he established his own event and artist management company in Nepal called Innovative Nation Events. He was the only one organising Bollywood music events in the capital city Kathmandu. This was also the time he was struggling in a new market where there was no trend of playing Bollywood music at the clubs. His consistent approach to promote this genre as a DJ and most importantly as a event entrepreneur brought him to indulge with one of the leading artist management companies in India called YS Events. In a year, he became a well known face when it comes to organising any kind of artists.

It was not very long when he organised a list of Bollywood fames like Gajendra Verma, Aastha Gill, Karan Kundra, Shweta Chaudhary, Akhil Sachdeva, DJ Chetas, Ragini Tandon and The Doorbeen Band, Emiway Bantai in Nepal and co-organizing names like Neha Kakkar, Divine, Rajakumari, Sukh-E, Maninder Buttar, Simar Kaur, Kamal Khan, Lisa Mishra, DJ Shadow, Dr. Zeus in India. Besides, with the same pace he became a pretty popular choice for a Bollywood DJ at clubs and especially in weddings and private parties all over Nepal. This was also the time when he organised a lot of weddings, corporate shows and kept hand into all kinds of events in Nepal. Right now, he is one of those whom you would want to consult to bring Bollywood and International acts in Nepal.

Yash is one of the Youngest Event Entrepreneur and a growing name as a Bollywood DJ in Nepal who have been progressively promoting Bollywood music in several ways possible. In the near future, he aims to import various dimensions of music and event entertainment in Nepal. Alas, he has proven that if you have passion, a bit of luck and patience to pursue your dreams you can achieve a lot even at a young age. 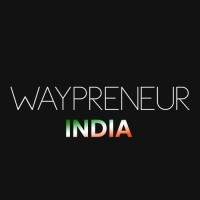 One of the leading author at Waypreneur Media that carries true news stories about entrepreneurship, business management, business and real talents in India.

RIL plans to increase its aviation fuel station by 50%

Jeff Bezos net worth has smashed through its previous peak, even after he relinquished a quarter of his stake in …

Zuckerberg  is an American media magnate , Internet entrepreneur, philanthropist and co founder of Facebook. His net worth is estimated to …